Koalas (Phascolarctos cinereus) are a type of mammal called a marsupial. They are known for their fluffy ears, furry grey body and large black nose. Koalas also have strong arms and legs, and sharp claws for climbing. They have a hard bottom, which allows them to sit comfortably in the forks of trees.

Sutherland Shire is home to a healthy population of approximately 140 koalas. Koalas have been observed throughout the Shire’s urban and natural areas, from Barden Ridge to Loftus, Woronora, Heathcote and Engadine. There is also a number known to be living in and travelling through our adjoining National Parks, including Heathcote and Royal National Parks.

Koalas are solitary animals who feed for 20% of the day and sleep for the remaining 80%. They are most active pre-dawn and at dusk. Koalas are selective about their food and feed primarily on the leaves of eucalyptus trees. One of the most important factors influencing the distribution and numbers of koalas in any area is the presence and density of their food tree species.

The main food sources for koalas in our region are the Swamp mahogany (E. robusta), Forest red gum (E. tereticornis), Tallowwood (E. microcorys), and Grey gum (E. punctata). Koalas also require a range of other trees across their habitat for resting and shelter. 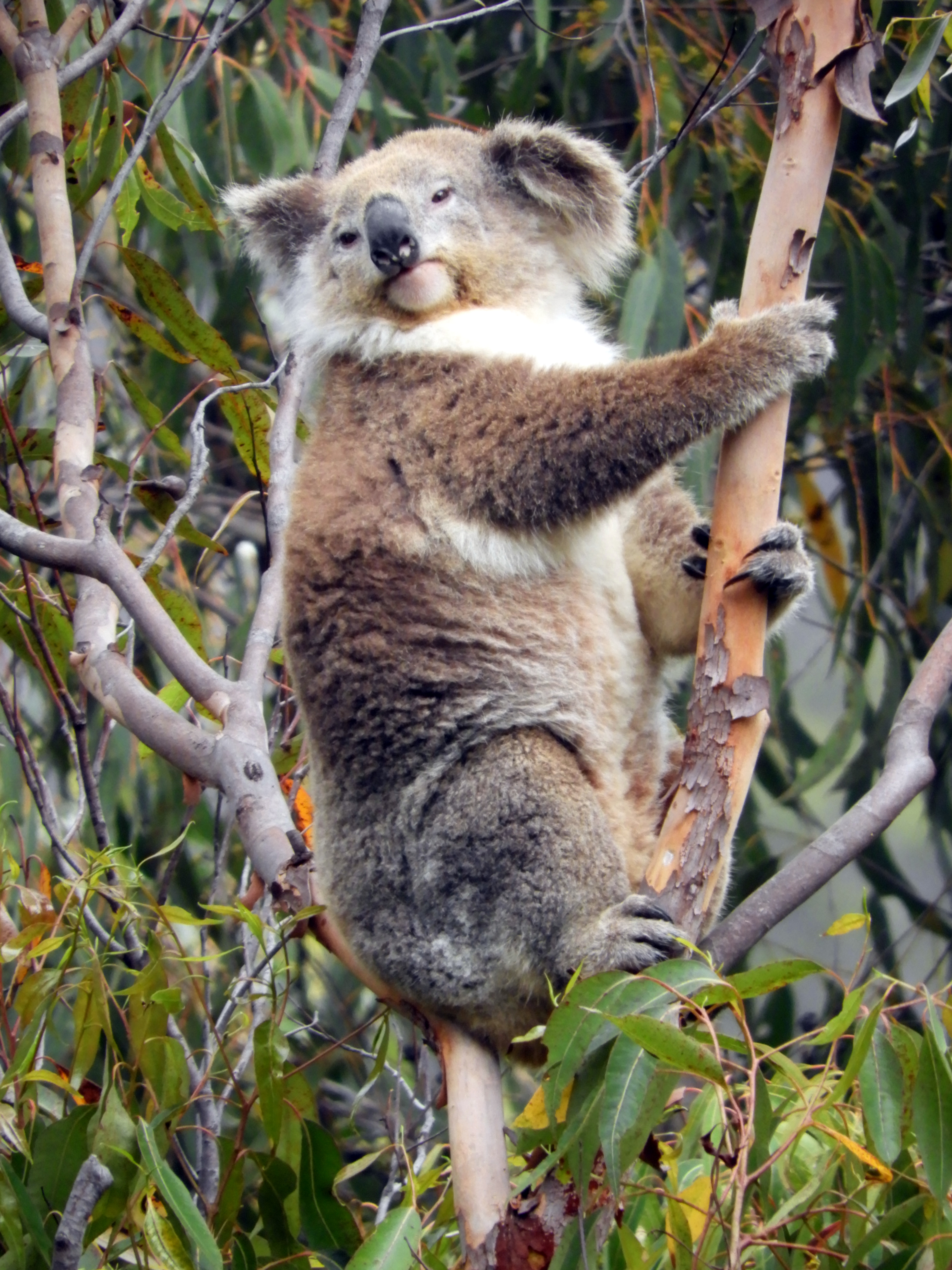 Male koalas are considered mature and begin breeding at 3-4 years of age. Females can breed from 2 years of age, and give birth to 1 joey per year. The gestation period for a female koala is 35 days. Koalas give birth to an underdeveloped young – known as a joey – which lives in the mother’s pouch for approximately 6 months before emerging for the first time. Joeys then ride on their mother’s back for the next 6-12 months, before leaving their mother to find their own ‘home range’ at 2-3 years of age. The average lifespan for a koala in the wild is 10-12 years, though females can live up to 18 years.

Some of the biggest known threats to koalas include habitat loss (including bushfire), vehicle strike and attacks by domestic animals. In partnership with the NSW Koala Strategy, Council is developing a plan to ensure southern Sydney remains home to a thriving koala population in one hundred years’ time.

What you can do