In 1905, when the Shires Act was introduced in NSW, the area now identified as Sutherland Shire had been planned to be incorporated within the Bulli Shire.

The Progress Association of Miranda successfully protested this plan which resulted in the area being proclaimed as the Shire of Sutherland by the Government Gazette in 1906.

On 18 June 1906, a provisional Council met for the first time in the Miranda School of Arts.

At this time, Sutherland Shire had a population of 1,500 and those eligible voted for the first Councillors.

Our first Councillors were:

Currently, the Shire is divided into five Wards (A, B, C, D and E). There are 15 Councillors, with three Councillors in each Ward. Every two years the Councillors choose one of their number to be Mayor and Deputy Mayor for the next two years.

Researchers of Local Government history in Sutherland Shire can find more information at Local Studies, Sutherland Shire Council Central Library, corner Belmont and Stapleton Street, Sutherland on 02 9710 0351 (refer to David R Kirkby's From Sails to Atoms, Chapter IX, ’The Affair of the Bridge Passes’ available in the reference section of any of the Shire's libraries). 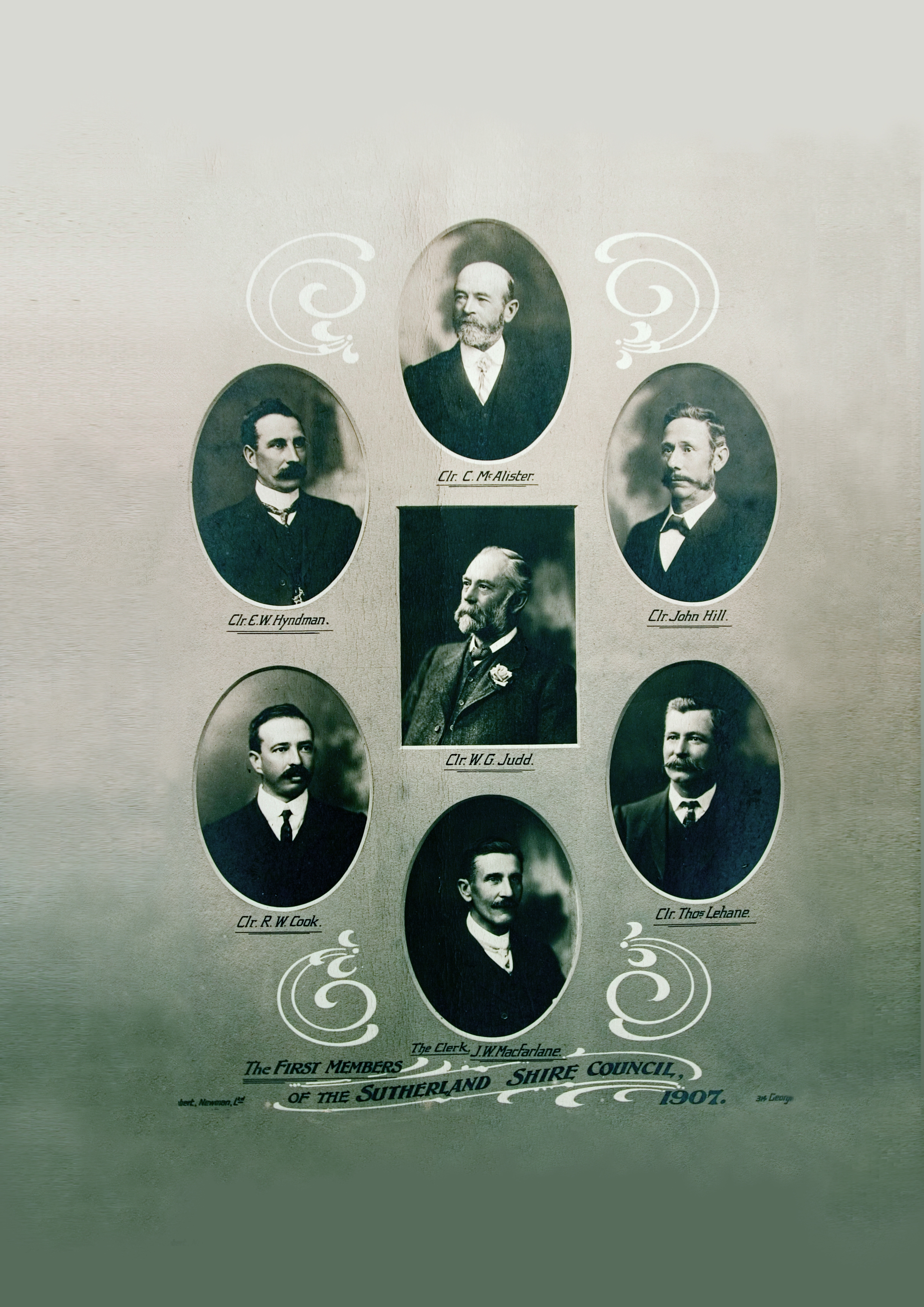