A substantial upgrade to one of Sutherland Shire’s most utilised sports facilities, Bellingara Netball Courts, has received an enthusiastic thumbs up from local netball clubs, with Sutherland Shire Council having completed a renewal project aimed at improving facilities for players, spectators and officials.

The $2.7 million project delivered nine new netball courts which have been developed to competition-standard, new courtside lighting and improvements to accessibility of the facility to provide more inclusive spectating opportunities for the many residents who regularly visit this facility all year round to appreciate this sport.

Sutherland Shire Mayor, Councillor Carmelo Pesce welcomed the completion of the project and the local teams who have already been putting the new courts to good use as part of Sutherland Shire Netball Association’s summer evening competition.

“Netball is a widely popular sport here in Sutherland Shire for all ages, and all year round, so it’s great to see the completion of this project already offering keen netballers and spectators better court facilities and improved accessibility around the site,” Mayor Pesce said.

“Whether residents are playing for fun or forging a path to greatness, Sutherland Shire Council remains committed to ensuring they have access to the high-quality facilities they need to train and compete, or simply to get out and enjoy an active lifestyle.

“The Sutherland Shire has always been home to a passionate and competitive local netball community and has produced such stars of the game as NSW Netball Hall of Fame inductees Lisa Beehag OAM, Vicki Kerr OAM and former Australian Diamond Selina Gilsenan. With the delivery of these new and improved facilities, Council has now provided the stage on which the next generation of Diamonds will be able to shine!

“On behalf of Council, I’d like to thank Sutherland Shire Netball Association and the clubs, players, officials, volunteers and spectators for their patience while work was undertaken, and I’m sure the courts will continue to be put to good use over the years ahead.”
Netball NSW President and Sutherland Shire Councillor Louise Sullivan shared her support for the new netball facilities.

“It’s pleasing to see how the new courts have already made a positive impact for players, officials and spectators by providing enhanced court surfaces for netballers to play on and improved spectator access so that everyone can enjoy this great sport at a premium local facility,” Councillor Sullivan said.

“Netball continues to be an integral part of many resident’s lifestyles, and I’m proud to see Council staff and the Sutherland Shire Netball Association working together on this project to deliver improved facilities that support the game to grow.”

“On behalf of Sutherland Shire Netball Association, I would like to thank Sutherland Council for this phase of court upgrades at Bellingara Netball Courts,” Ms Salter said.

“Our appreciation of the work involved in this project extends through all levels of Council, from funding approval to the Design team, Open Space Assets team, the Project Management team and Sport Services. Without Councillor support, all staff pillars of Council and the Association working together, we would not have achieved this successful result and the courts we are playing on today.”

Among the upgrades, Council has implemented new seating, fencing and renewed drainage facilities, as well as upgrades to administration facilities such a such as public address (PA) systems and lighting.

“Our enthusiasm for local sport and outdoor recreation is one of the key driving factors in Council’s strategy to establish the right balance of outdoor facilities across the region, and we hope this project will provide more opportunities for current and future netballers, families and supporters to enjoy the game,” Mayor Pesce said. 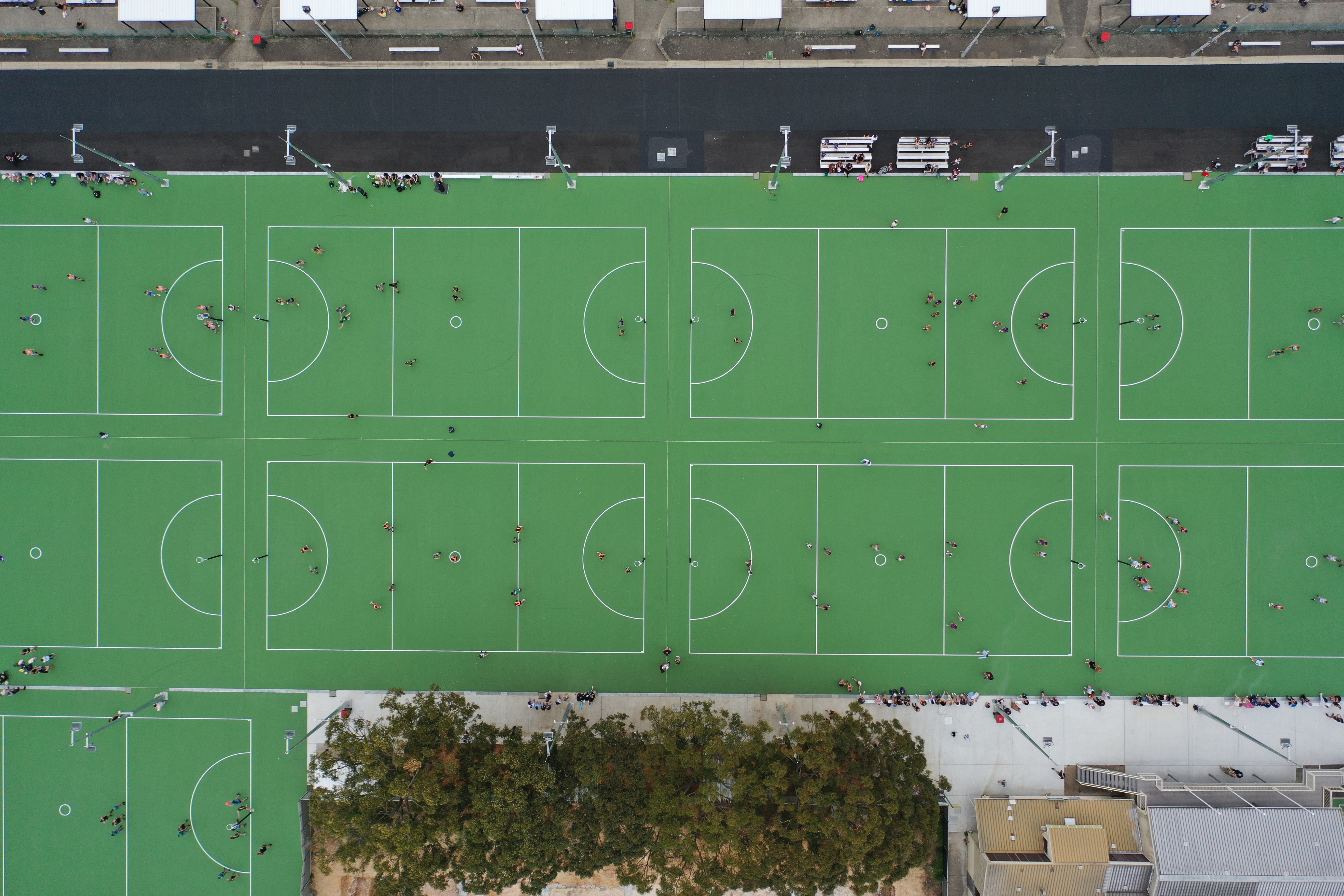