Community once again unites for ‘Meeting of Two Cultures’ event

One of the most significant moments in Australian history has again been acknowledged with the staging of Sutherland Shire Council’s ‘Meeting of Two Cultures’ event, marking the anniversary of the first contact between Europeans and the First Nations peoples of Australia’s east coast.

As part of the event, Kamay Botany Bay National Park played host to a range of talented performers and commanding speakers acknowledging the seismic significance of a moment in history that took place on the site 252 years ago.

Sutherland Shire Mayor, Councillor Carmelo Pesce, said that while there had always been a strong appreciation for the unique place in Australia’s history that the Sutherland Shire occupies as the site of this first exchange between cultures, he was immensely proud of the community’s ever growing appreciation of the culture of the region’s traditional custodians.

“I’m incredibly proud to be part of a Council that continues to involve our community in honouring our unique place in Australia’s history,” Mayor Pesce said.

“Every Australian knows about the importance of Kamay Botany Bay as the site of the first contact established between our First Nations peoples and the crew of the Endeavour, and Council has long been committed to highlighting the historical significance of this moment which occurred right on our doorstep,” Mayor Pesce said.

“Just as importantly, I am proud of the way Council has worked with our local Elders and La Perouse Aboriginal communities to ensure that their culture and traditions continue to be celebrated as part of this occasion, and many other events and initiatives that our Council leads.

“Council recently stage the incredibly successful ‘Fire Stories’ event, which provided visitors with a chance to immerse themselves in our Indigenous culture through an amazing array of performances, hands-on workshops, stalls and displays.

“From the recent introduction of Council’s Reconciliation Action Plan, to introducing signage in Dharawal language in some of our much-loved public facilities and at the entrance to Kurnell itself, we continue to strive to honour the culture of our First Nations peoples.”

Today’s ‘Meeting of Two Cultures’ event again saw a series of cultural performances and demonstrations celebrating the Dharawal people’s custodianship of land and culture and their contribution to the shared history of our country in the time since this first contact between cultures.

This year’s ‘Meeting of Two Cultures’ was also attended by a crowd of local community members and school children who eagerly absorbed a series of performances and cultural demonstrations by local indigenous leaders, including traditional weaving techniques, dance performances by Gamay Dancers and songs performed by celebrated indigenous country musicians Uncle Col Hardy and Charlie Boyter. 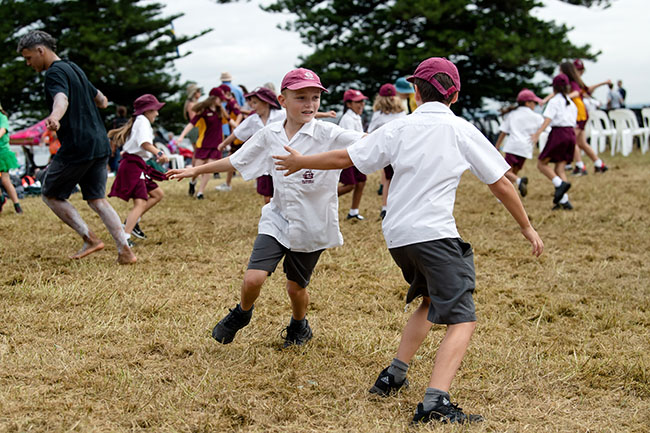 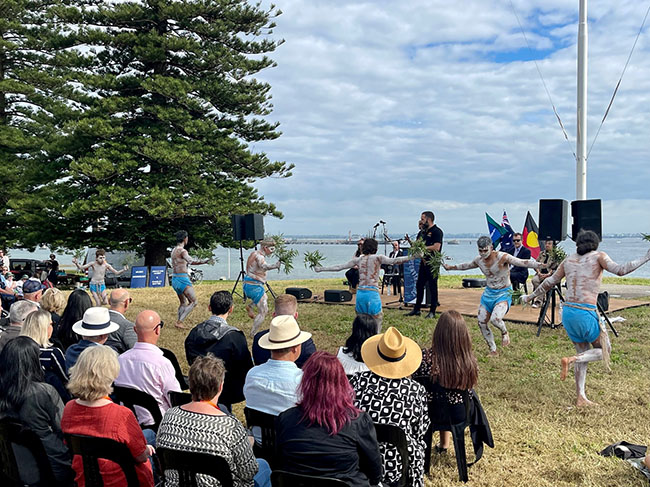 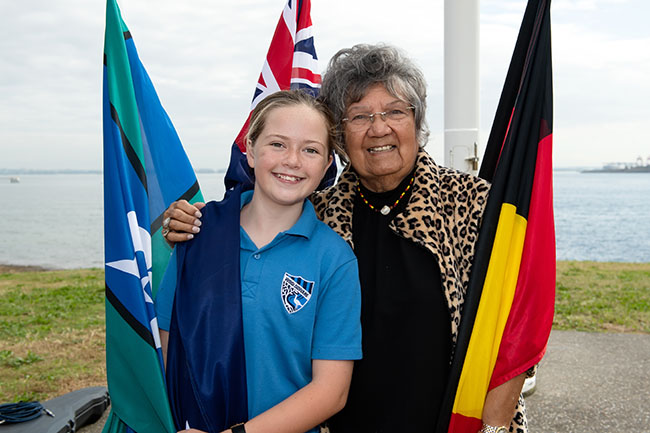 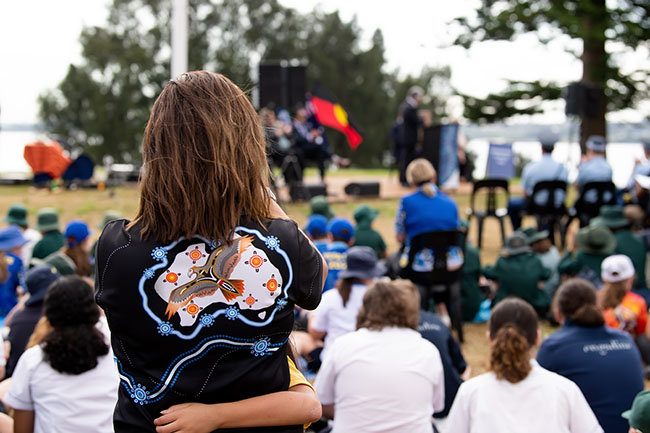